Wednesday morning I'll swing a leg, twist the throttle and put it in the wind. 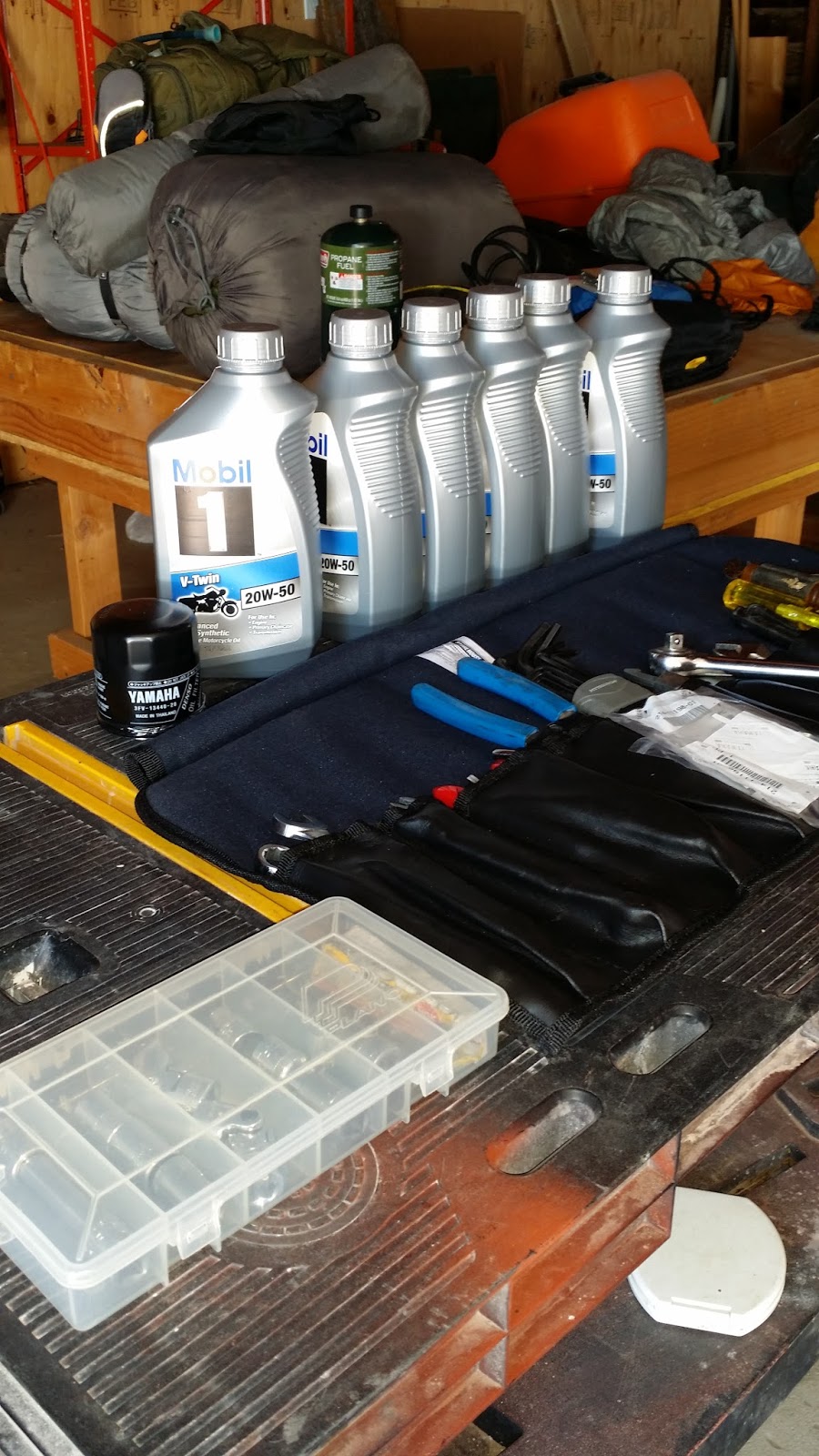 Yesterday Sonja got her fresh oil to ready her for the road. I hope she appreciates it. At better than $10 a quart and needing better than five quarts (more than my old 390 cubic inch V8 Hot rod from years ago!!)...

... Oil changes are a pricy bit of maintenance!

Especially when you move away from Dino oil and go full synthetic... This is my first full syn run... buuut it's supposed to be better on your machine. Since I seem to be a lil' hard on 'em... I finally decided I should go with some of the more modern technology.

That's not an easy task with a Raider neither! 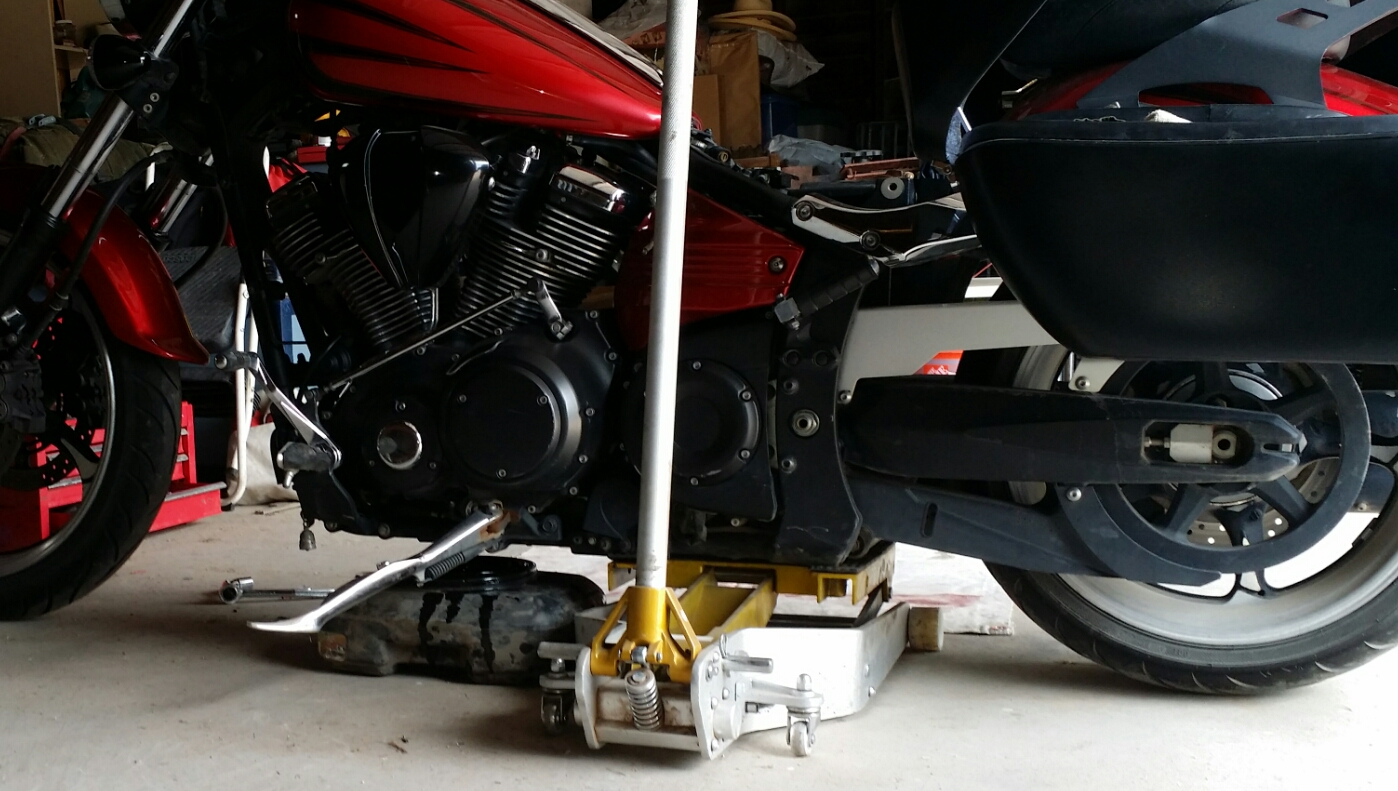 That bike has THREE drain plugs! and of course, they're set right where the jack needs to be to lift the bike high enough off the ground so you can swing a wrench... since two of 'em are on the side tucked in between the crankcase and the frame...

So... you have a bit of a balancing act to get the bike up straight... and just high enough to clear for the drain pan and wrench access... which puts it kinda far back...

It be a bit spooky workin' under near 800 lbs as it teeters and wiggles balanced up on that jack. :) Her tires are barely touching the ground. Only lift a couple inches... But I got her done with no great excitement so she's ready to roll!


Though I'm only rolling for a week... That load is actually sufficient for a run to Alaska! ;) I've distilled it again after all these years... I carried too damn much clothes to the Yukon... Three/Four days of changes is plenty... you just hit a laundry a lil oftener. ;)

Oh yeah... I found a bit of special gear that is, so far, pretty cool.

I was watching a movie just last week; "Lone Survivor"... The tale of Marcus Lutrell and what I think is a pretty awesome movie. One lil' thing caught my eye... which has nothing to do with that story...

All of those guys, Warriors in the Finest Sense of the word, were all wearing Mechanix  brand gloves. I did a lil snooping and discovered they have a style that they call "Tactical"... that has good finger and knuckle protection for soldiers/sportsmen etc.

Then being textile, they should be a lot more comfortable in summer weather. You can find 'em in cammo prints too, not just black.

I've seen MECHANIX gloves many times before... made for mechanics... but those were bright blue and such... never gave 'em a thought...

But these... they call the M-pact style. 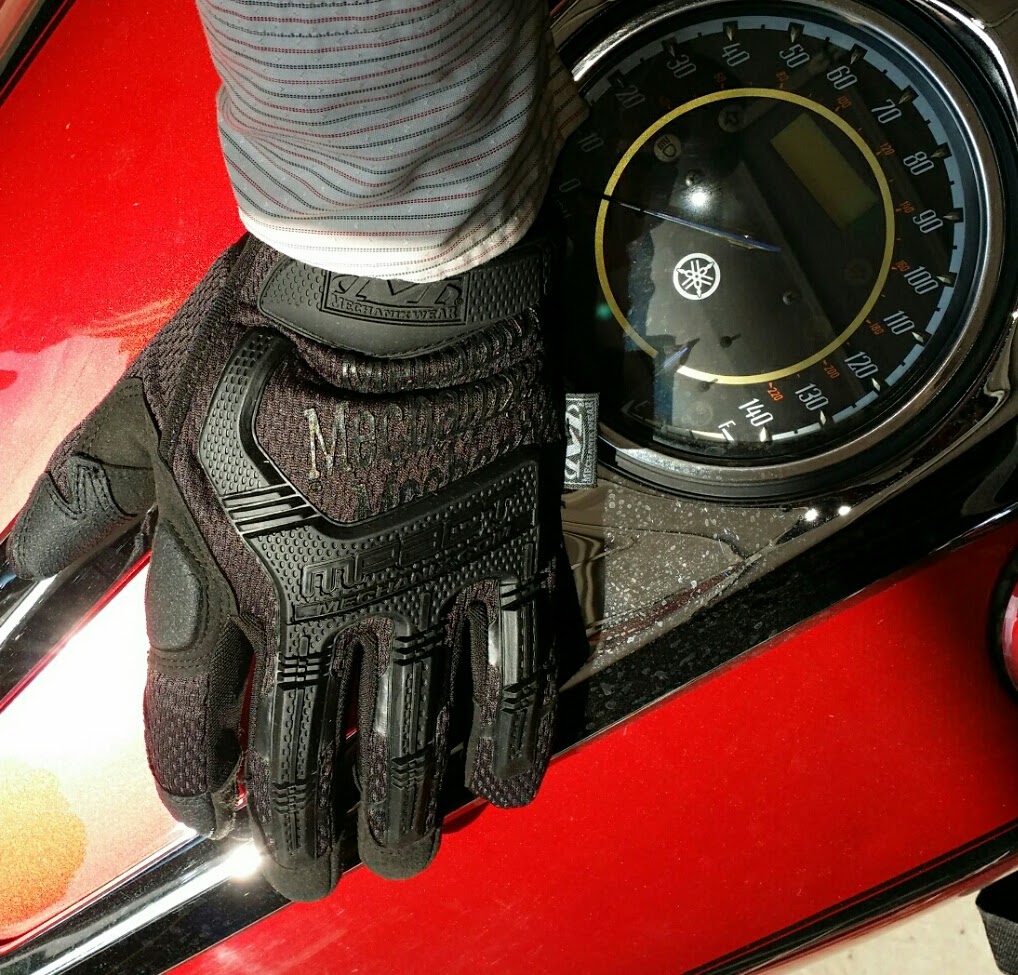 Fit like a "Glove" :) are comfortable and even have a vibration absorbing pad material on the palms... 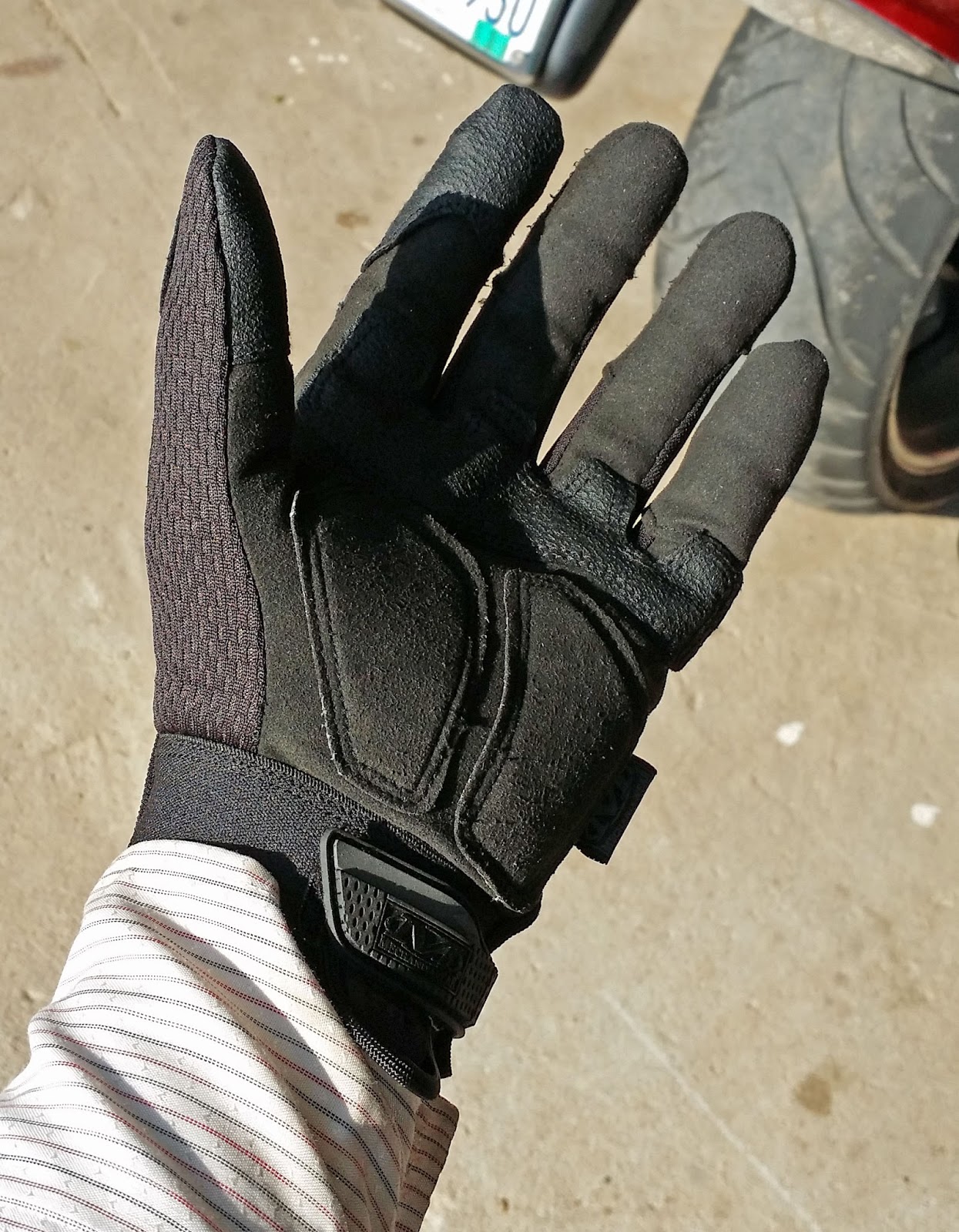 The two pads are a "Poron" material under the synthetic "leather" that are supposed to soak up vibration and impact...

... and it don't hurt that they look Bad Ass ;) and are priced at Sportsman's Warehouse at just $25 bucks.

Even us poor boys can afford that!

... So now it's watch the clock... watch the calendar... and get ready to put my knees in the wind again.

Grab Your Handles and Ride
Brian
Posted by Brian at 8:13 AM

Three drain plugs? They wouldn't want to make it too easy on you.

I run full synthetic in Max. I don't notice any difference in performance, but as you said, supposed to be better for it.

I like those gloves, but where would I buy a pair up here. I have no idea. I also use full synthetic.

only 2 more sleeps, unless you stay awake the whole time