Lots of California on My Mind

Been making a lot of miles along U.S. 395 in the Eastern Sierras.

Took one that hooked around the south end of the range to visit a sick buddy over to Turlock; Which included that sweet ride through the Kern River Canyon.

A few days back we made a ride over the June Lake loop, another sweet if too short loop that made up for the too few miles with an excellent cafe at Silver lake. 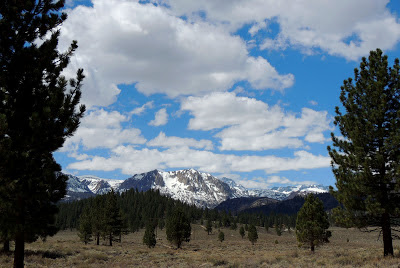 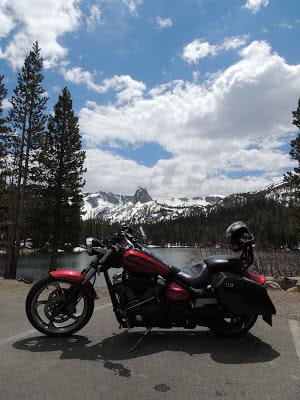 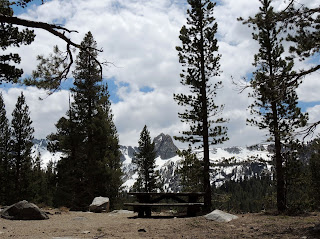 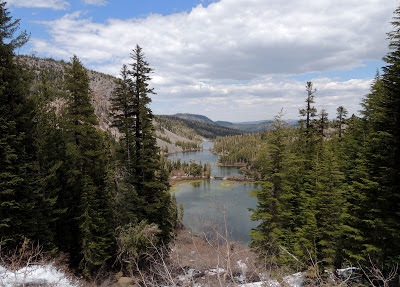 And when you get back to camp from day rides... just in time for an easy walk with the dogs... just at sunset... 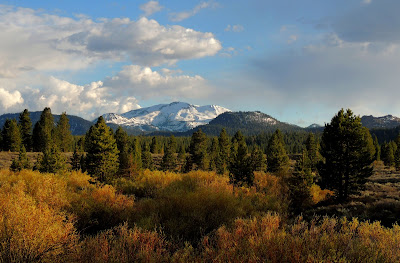 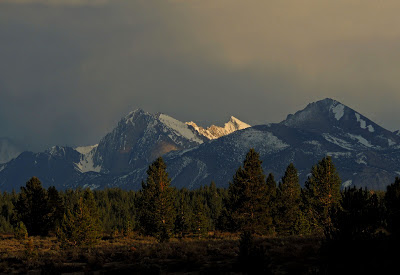 ... it would be a pretty pitiful rider that complained.

Then Monday morning we climbed on the scooter and rode CA 120 up over Tioga Pass that climbs into Yosemite from the east. 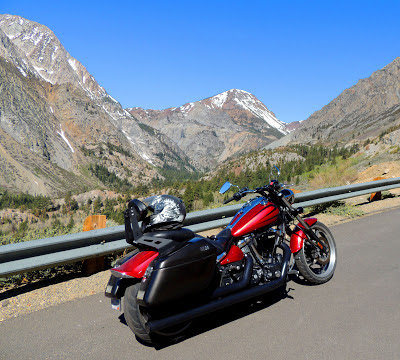 After having wandered all across the west for the past 40 years plus... Tioga Road was one I'd never timed my travels here to roll on. Mostly I was too late in the fall or too early in the spring and it was closed up for the winter. 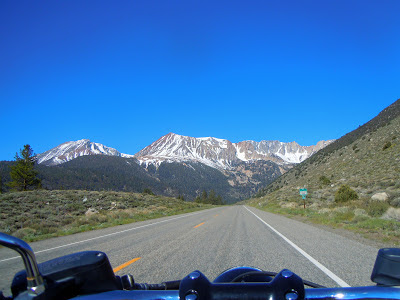 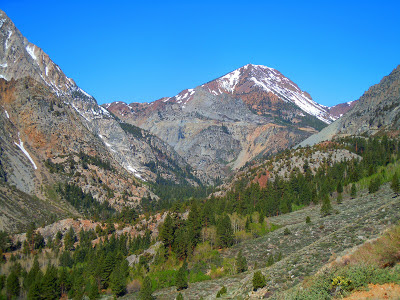 The best thing 'bout riding there this time of year is that the traffic is so light. It's heavier down in Yosemite Valley itself, but still light compared to the heavy mid summer season. We almost never got caught behind cars or RV's... just that sweet ribbon of highway in front of us... 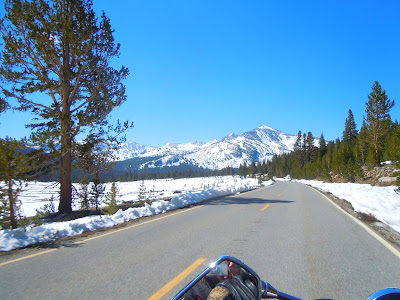 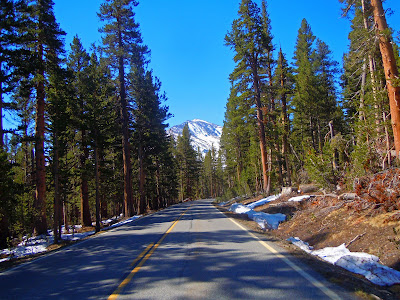 As soon as we started down the west side the snow thinned out... and the temp climbed until it was up into the 80's I believe in the valley... 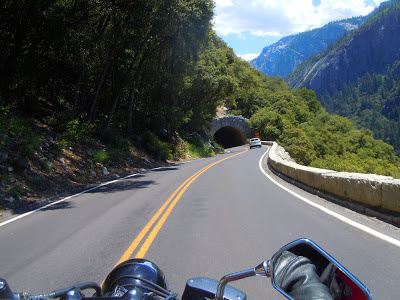 But when you have two wheels and roads like these... all you have to do to keep cool... is keep rollin'. 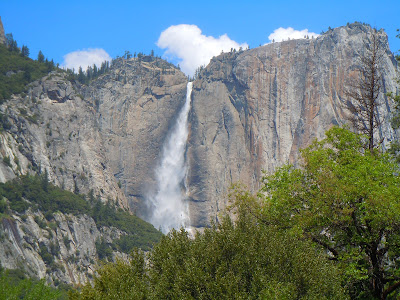 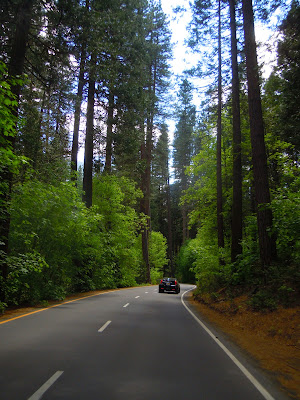 We took a short break at the Ahwahnee Hotel while the back seat did some shopping... 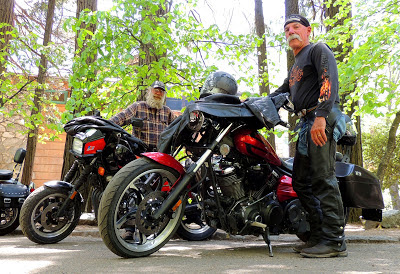 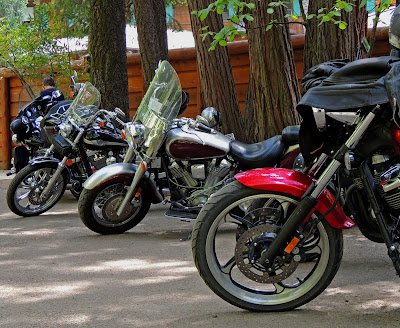 As soon as she was done we turned the bikes for home... rode back through the tunnels... 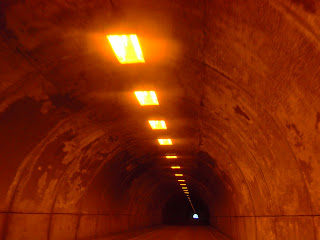 ... and learned the road in the opposite direction... which is pretty cool, 'cause they seem to have almost a whole different look t'other way! ;) 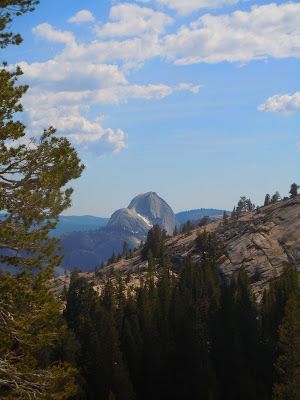 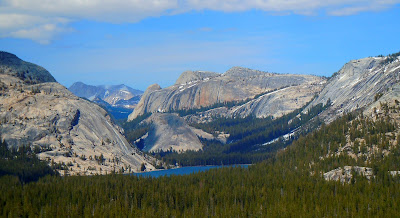 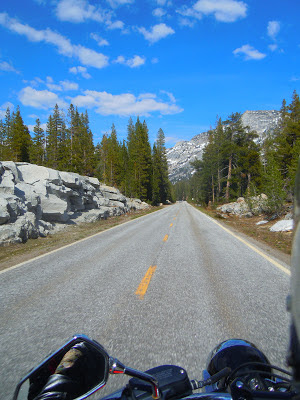 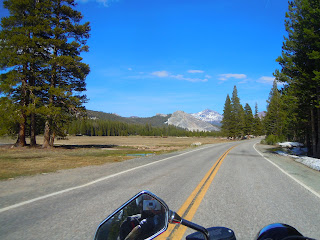 We climbed back over Tuolumne Meadows and dropped back down that steep eastern grade... just ahead of a tailgaiter in a mid sized motorhome... makes ya keep an eye on a mirror for sure! ;)

The days are getting longer... The rides area getting finer... and a few thousand miles of highway are calling to me.

Grab Your Handles and Ride
Brian
Posted by Brian at 8:06 PM

Love the picture of your bike with the lake and mountains in the back ground, but also the sunset on the mountains.

Gorgeous scenery and twisty roads, just two of the many reasons why we ride........

Brian:, beautiful scenery you have there, and I like the lack of traffic.

Torbairitz; I keep saying This is my favorite place to ride! ... and then a few hundred miles down our road... I'm repeating... This... ;)

Bob; The lack of traffic made it an exceptionally fine day! ;) That's the benefit of the "shoulder" seasons in the "popular" places... and makes it the best time to wander through 'em! Soon it will be on to Oregon! ;)

We took that bit of road last September and the weather was extraordinary! But just looking at your photos and made me wish I was there now.

(As soon as I started whining, you would want to throw me from the backseat, I'm sure. I promise, I mostly just whine to myself!)

Good news is, when we take that road again, I'll be on my own motorcycle and not on the back of my hubs, even though I still love riding there too!