A Wanderer and a Drifter

I've been wandering for the last four years... hell... that's really a lie... I've drifted since I was 14. I started wandering the Arizona desert then... Can't say as I've ever really stopped since.

Crossed the oceans... lost count of the miles...

I often think of setting up in a place that I find that's nice... even stop on occasion and start digging post holes... but soon... the sound of a truck up on the highway, or the lonesome wail of a train across the valley, the rumble of  V-twin, starts that gnawing itch to roam working all over again.

My way isn't one that many can tolerate. Most need a "place" and a "home". Hell, the happiest I've been I was in a tent.

For me it's not about trying to get somewhere either. Actually, I don't like getting "There". What gnaws at me is the insatiable hunger to just keep moving.

There are those that call it a sickness... no Eagle would agree.

The thing about drifting and wandering is... keeping your nose in the wind and smelling the sweet scent of that special freedom that only a rover knows.

Last night, after a fine day of progress on several projects I was sitting outside, the first evening in a good while without a heilatious wind roaring in the trees, and sipping on a bottle of Tommy Knocker Brewery's finest... listening to my ipod... Bob Seeger... and just soaking up the space around me. It was a cloudy sky...

Suddenly... the sun broke through just before it settled behind the high peaks of the front range... Everything was lit in a golden hue... It was as if the Boss himself had set the world to glowing.

Right at that moment... a Bald Eagle sailed over the house I'm parked beside. My rig hides in a wind break that has protected that house for over a hundred years. 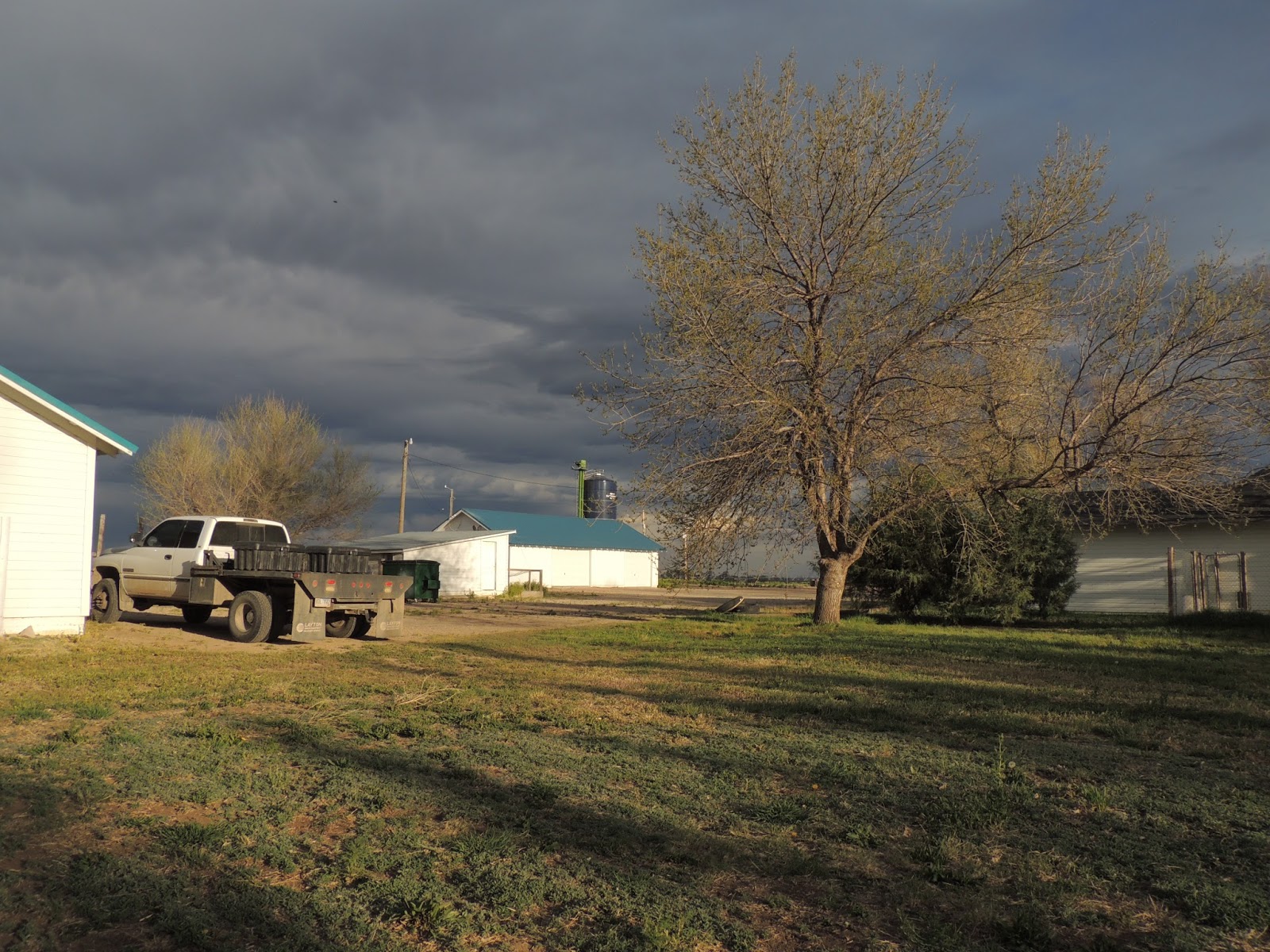 That Eagle soared just over the Top of that tree... He was lit in glittering gold by the setting sun and soared over me, against the wind, for long seconds before finally disappearing behind the windbreak behind me... An awesome sight.

What's that got to do with anything?

This. It's the sweet flavor of life...

Recently I stepped off the path that I've known was the right path for me... for a long time... I stepped off for the purpose of pursuing dollars... a fools mistake... and honestly... it ate a hole in me.

Not only that, I was going to sell one of my great joys... for what? a few thousand dollars that would what? hep me... maybe... make some more?...

There's one damned word for that... STUPID.

I've been working on refitting Sonja after a few years of lots of miles and deferred maintenance, planning on selling... and it's come to me... in the last weeks as I polished her wheels, got the pipes refinished, sanded the saddle bags, buffed the tarnished fins on the jugs... that... I just can not sell her. 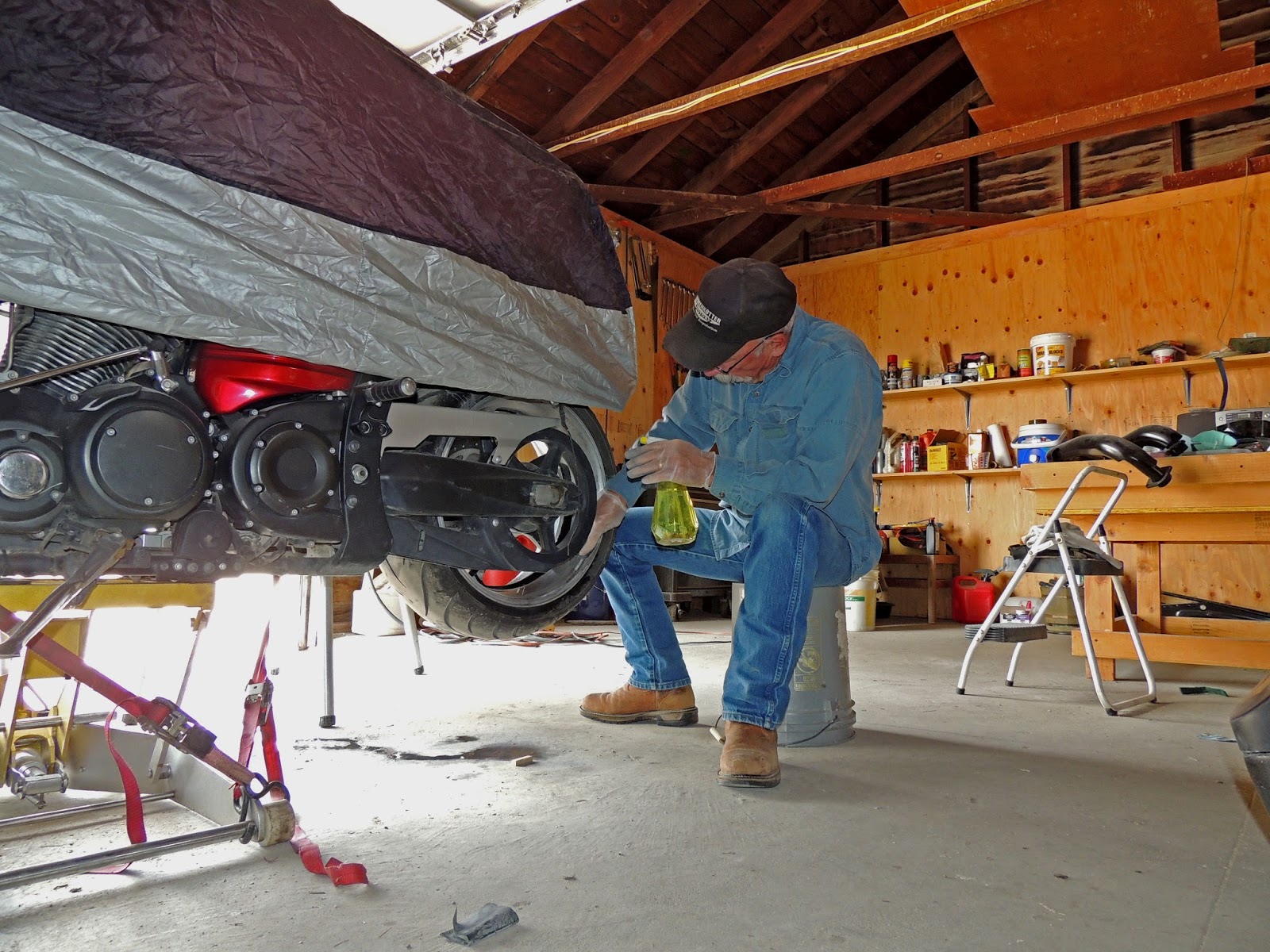 It makes no sense to sell off parts of yourself... in pursuit of subsistence. You'd just end up with lots of groceries... for a guy that wasn't there any more.

No idea how I'm gonna get where I need to go... Only know it won't be by selling off precious bits of my self.

Something tells me you feel a whole lot better just having made that decision.

I am glad you have decided to keep her, life will always find a way to continue on, but you will be much happier and whole with her.

Wanderlust can be a powerful thing.

It's not so the much the wandering you're after, it's the day-to-day change. Having plenty of money and food stores is just the same comfortable monotony day after day. But traveling from town to town brings in randomness and chance.

I'm so so so glad you've come to realize this. I kinda thought you would.

Coincidentally, I came to realize the same thing. Oh, I wasn't going to sell my bike, but I had decided to "settle down" in pursuit of money. I have a grandson on the way which gave me the perfect excuse to be sedentary. Or at least I thought.

What's funny is that I just wrote about all of that this morning and I am now reading your post this evening.

Looks like you and I are in similar boats. But I'm running with it. Hope you are too.

I'm glad you came to this decision as I knew it was eating your heart out getting Sonja ready to sell, and you could never replace the memories with a different bike later. It wouldn't be the same . . .

bob
A weekend photographer or Riding the Wet Coast