Part I; The Harvest. Part II; The Return of My Scooter

Well Ok... Been a while and there's things been happenin'... I am solidly in pursuit of a sort of a kind of Minimalism. Some might even call it Spartan... Though I like the sound of Spartan 😎💪 I think Simplicity and Minimalism is closer to the mark.

Got to Montana back in mid/early late September and worked the Harvest. Made a few dollars, a mite less than last year... Buuuut...

I was on the way there when I blundered across an advert for this scooter. She's an '08 Raider. The same year as the one I regretfully sold. I was told she had a bit over 14,000 miles. Truth is it's more like a bit over 13,000. 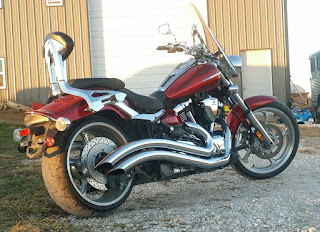 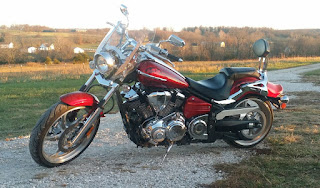 Of course, I didn't have the dinero for her and wouldn't for maybe six weeks. How-some-ever... the price he was asking was so far below what I took the market to be that I couldn't NOT contact him. I told him if he still had the bike in six weeks he'd sell it for sure and for certain.

To my surprise he writes back that if I put earnest money on her he'd hold it till then. Was a spooky deal for me to send money off for a bike I'd never seen but in a photo to a fella I didn't know... a thousand miles from where I was at.

Buuuuut... some lil' voice whispered to me; "Yo! Dumb ass! You lost the last bike for bein' stupid. Don't let this'un get away.

Well... it took some hustling and working around troubles but I got the harvest done and the bike finally to me. She was just as pristine as pictured and is now...Tee Totally Mine! For almost exactly to the dollar what the Harvest won me! 😁

So now, with Two parts of my road laid down... I'm working on the next couple. Part III; My old truck is sold for more money than I can believe for an 18 year old truck. I should get paid tomorrow! That provides the dinero for what is to be my "New Home" goin' forward.

I'll be getting the Lakota up for sale (Part V; or - whatever - just as soon as my new setup is ready. That'll be a chore as I'm upside down on that rig that proved out to be a huge mistake for me. Whatever, I'll get out from under it somehow...

But... I'll be living in about half the square footage I have in this Lakota, or 72 square feet. That's 6 x 12__ Part IV; at least if the current plan comes together this week as "planned".

This lil cargo box is most likely the benefit of selling the truck. I'll buy this one new__unless a cheaper used one pops up in time. I'm weary of waiting!

A few limited mods I'll make, to render it a decent quarters for such as me, but honestly I'm not looking for much more than a "Hard Sided Tent" sort of deal. I want simple. Minimal... bordering on Spartan... (like I said simple minimalism is probably more accurate... I just like the idea of bein' a Spartan! ha ha) 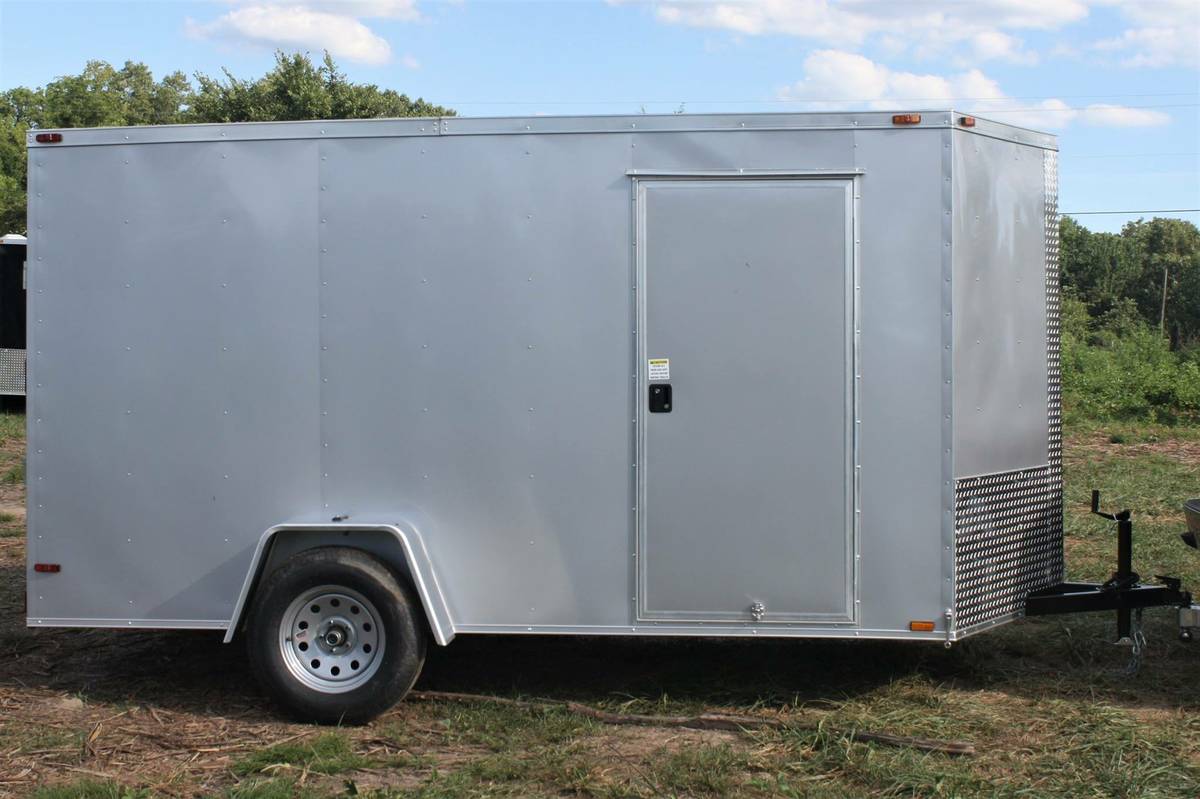 It's a little spooky to be honest... but I'm excited about the adventure that's in the works!

I have decided, after a couple years of mistakes and wrong choices that got me going in the opposite direction I set off for so many years ago... that the times I've been happiest were the times I've had the least.

So I'm working at reducing all to a few simple Needs. For the Most part!

Enough wind for now... and I've got work to do!

Keep it in the Wind
Brian

Labels: Joy in Living, Knees in the Wind

Great to read this, was hoping things were on the up and up for matey. Great looking bike.

I look forward to seeing the rest of the journey.

Be Fearless & Keep Smiling, as my old chief used to say

Have a great one

Good to see you posting again, looking forward to seeing the continuing journey

What will you pull the trailer with and I am interested in how you will set it up. I like your site by the way.

Gakk;
For the time being the trailer toter will be an Old '02 Yukon I'm "inheriting" from my Daughter. It's been down the road a lot of miles but been a good and reliable rig, so I'll hope it will treat me well as I work out the futur. How I set up the trailer will be pretty simple. I'll be posting about that in the coming days and weeks. Thanks.

Somehow, I lost track of you for the past year or so. You were one of the people I found interesting enough to follow back in '14. You and a couple other bloggers, started me thinking too.

We've rode 60K miles since and wrote a little. Happy to see you again, for what's it worth.