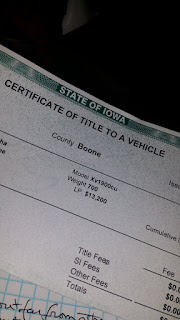 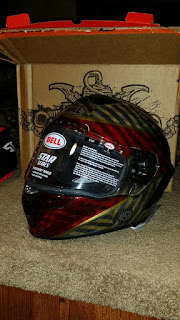 Only took the credit union a month to release the title they had a lean against... even though they'd been paid with cash 😕 buuut no matter. I have the title now!

Be another couple weeks I expect to get the paperwork sent to South Dakota and get a plate back.

In the mean time I've been keeping busy working on the build of my Drifter's Wagon and replacing some gear.

...like a fresh Bell Star Series Helmet... It's a little different catagory than I've rode in the past__sort of a hybrid between sport and touring, so quite a bit snugger than I'm used to... gonna take a little while to adjust I think...

Just got the solar panel mounted on the roof today... waiting on ordered windows to arrive...

I am anxious to get this work done and get back on the road! Looking forward to __Hopefully rolling out in February and finishing out the last of the winter, warming on the Arizona desert!

Do you still have your property in Arizona?

I do. Haven't made any decisions about that. Really, haven't even thought on it much. Too occupied with the chores at hand. It would -still- make a hell of a nice winter camp, even if my original plans for it cratered on me.