Running Against the Wind...

Plans... you climb on life and lay it out. You pencil in all the stops and turns, fill the tank, put the key in the ignition... and roll...

... and then reality comes sliding in to T-bone your ass while you were looking the other way.

No one said it would be easy. Easy isn't wanted. No better feeling than to stand up against your fears and fight your way victorious... but the wind can get cold. It can blow too long.

It shouldn't have to be such a devious game. So frequently a wearying struggle.

Sitting in any one place too long is a risk. The ghosts catch up if you stay put too long. You can loose them if you ride far enough, fast enough with enough unplanned turns to confuse them.  But, if you slow down, get lazy, get careless and run straight too far, they figure out your intentions, hone in on your location and soon find you mired in life.

Then you have to fight the fight all over again, beat them off and run for the far country and clear air.

I've found that most people in this life are incomplete. Somehow the world has changed and left the parts that complete a person behind, labeling those parts as useless anachronisms.

They complain about dishonesty, as they cheat the time clock and deceive those around them... they complain about loyalty, as they turn away from a "friend"... because that "friend" had the audacity to NOT follow their direction. They denigrate sacrifice as they curse those who won't give to them. The absence of compassion is broadcasted as they turn their backs on those beaten down . They ridicule those passionately in pursuit of their dreams, because they lack the F'ing spleen to step off in their own pursuit.


"People empty me... I have to get away from them to refill." -unknown 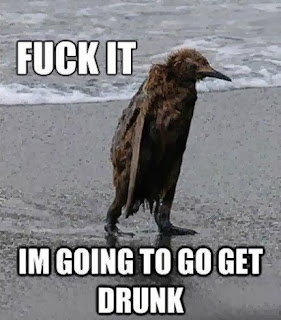 I prefer to escape from people. I like to say hermits have no peer pressure.